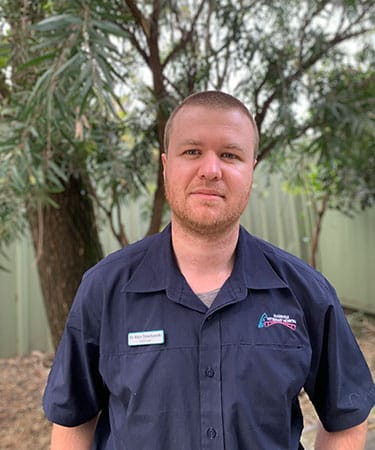 Originally from Colorado, Dr Alex graduated from the University of Sydney in 2018 and has been working in small animal practice in Australia since. He has recently completed a surgery internship at North Shore Veterinary Hospital and hopes to pursue further education in the field later in his career.

He has a special interest in soft tissue surgery, though he also enjoys discussing avian husbandry and most other aspects of general practice (just don’t bring him any pet spiders).
In his spare time, Alex enjoys mountain biking and spending time with his Rainbow Lorikeet, Beaky, who, despite his veterinary advice, is still overweight.