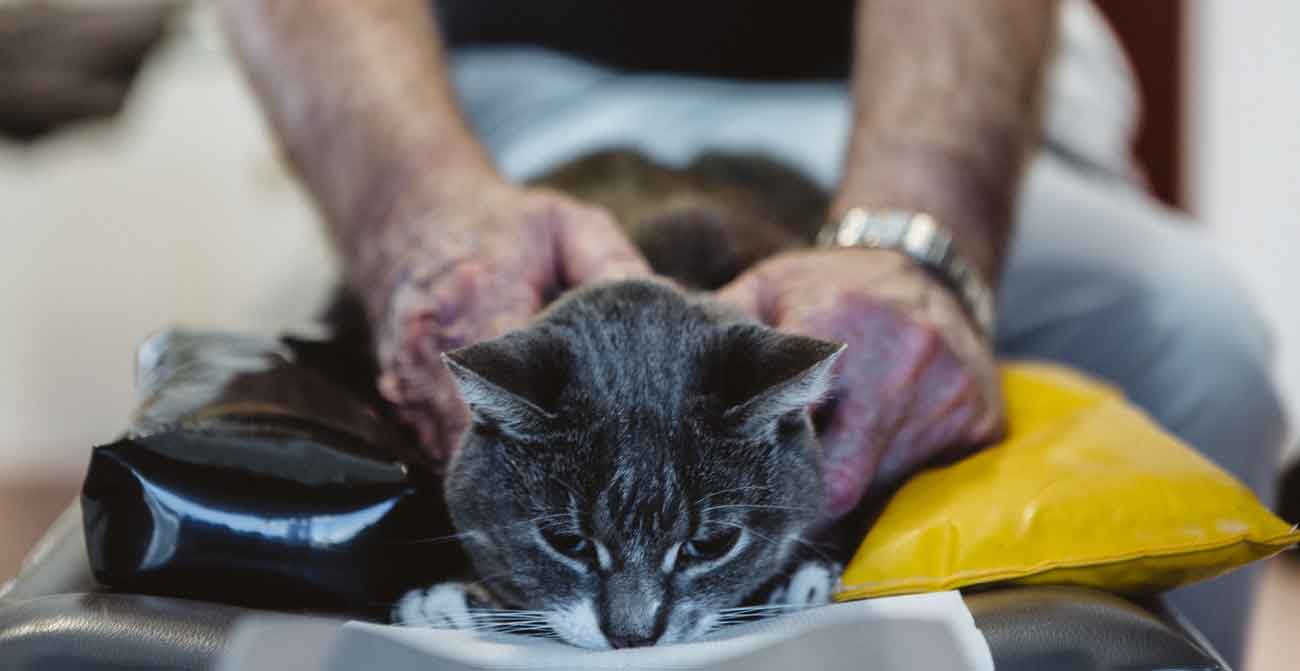 The thyroid gland produces thyroid hormones which are responsible for regulating the body’s metabolic rate. An excess of the thyroid hormone ‘thyroxine’ or T4 is referred to as hyperthyroidism.

Hyperthyroidism is caused by a tumour or lump within the thyroid gland which, although often tiny and difficult to locate, results in the excessive production of thyroid hormones.This causes many different effects within the body. Fortunately, 97% of these tumours are benign.

Hyperthyroidism is a disease often found in cats over the age of 10 years of age. It was first brought to the attention of veterinarians in the USA in 1979. Since then it has been diagnosed in many countries throughout the world and has been recognised in Australia since 1980.Over the years the frequency of hyperthyroidism has increased in numbers.

Too much thyroid hormone results in the signs that you may have seen in your cat:

Many of these older cats also have other concurrent diseases, e.g. heart, liver or kidney disease. These diseases may have an impact on the way that the cat is treated.

The onset of symptoms is usually insidious and may mimic other diseases that are seen in older cats which both owners and veterinarians alike may not recognise as thyroid disease until it is in quite an advanced stage. The original symptoms usually include a weight loss in spite of a good appetite. As the disease progresses the cats tend to become more and more demanding of food. They may have temperament changes and become more nervy and jumpy. Sometimes they become very vocal and demanding of attention. Often their thirst will increase, they are prone to gastrointestinal upsets as they cannot digest their food properly and their coats become rough.

A full blood screen should be performed on your cat before treatment is commenced.

Death from this disease is usually due to cardiac failure.

Despite some investigation principally carried out in the U.S.A. but also at GVH  where we have been involved in two research projects, the underlying cause of the disease is still not understood.

In cats where the disease is present in one thyroid gland it is found eventually to affect the second gland in 70% of cases.

There are three treatment options for feline hyperthyroidism.

The surrounding normal thyroid cells don’t tend to take up the radioactive iodine and are spared from the radiation and can subsequently function normally again.

The only real disadvantage it seems to this treatment is that the cats are slightly radioactive for a few days after treatment and must be kept in strict isolation. After this period the cats can return to their home environment but we advise owners not to have prolonged close contact with the cats for another week or so and to discourage cats sleeping on the bed or sitting on someone’s lap for a couple of hours watching a movie on TV in this period.

A strict protocol is adhered to in all nuclear medicine cases to ensure the safety of your pet, your family and our staff. We also aim to keep you informed during all stages of the treatment.

Radiation therapy is performed by qualified staff on Mondays. Therefore, consultations for hyperthyroid cats are held on Sunday afternoons and Monday mornings. During the consultation your cat will be thoroughly examined, their records assessed and pathology results analysed. Your cat will be admitted into hospital after this consultation.

To reduce any anxiety and enable thyroid scanning, all cats are sedated prior to their scan. The drugs used for this purpose are selected to have minimal side effects.

Before treatment a small dose of a radioisotope Technetium 99m is given to each cat. Once this has had time to concentrate in the thyroid gland (about 20-30 minutes) a radiation emission scan is taken. The amount of isotope taken up by the gland is used to calculate the therapeutic dose of radioiodine.

The radioactive iodine is given as a single injection under the skin. This causes minimal discomfort to the cat during treatment and recovery.

After treatment cats are kept in our isolation ward until their radiation levels are below Government EPA standards. During their stay, they are regularly checked by the in-hospital vet, who will call you daily with an update on your cat’s progress. We are happy to board your cat for longer if you have particular concerns about exposure, e.g. if there are young children in the family or if someone is pregnant.

Cats are not discharged until their output of radiation is deemed safe, usually after 5-7 days. For your added safety we recommend not letting your cat sleep on the bed or sit on your lap for long periods for another week. Daily cleaning of litter trays is also important as urine and faeces are the main way in which radiation is excreted.

Your cat should be rechecked by your regular vet 7 days after discharge. This enables them to assess the cat’s progress. You should also take your cat to your vet 6 to 8 weeks after treatment for blood tests to ensure that the thyroid hormone level has reduced. You can usually expect your cat’s behaviour returning to normal a month or so after treatment. Although the international recurrence rate of hyperthyroidism in cats is reported to be about 10%, of the cats treated at Gladesville, only 0.3% have required subsequent treatment.

Cats treated in this fashion often have developed a normal thyroid function within one week of treatment and have largely recovered from their disease within 4 to 6 weeks from treatment.

By 2018, Gladesville Veterinary Hospital had treated over 3000 cats for hyperthyroidism and routinely continues to treat 4  cats per week.