The stifle joint has the same structure as the human knee and the cruciate ligaments are located inside the knee and join the femur, in the thigh, and tibia, in the calf area, together. 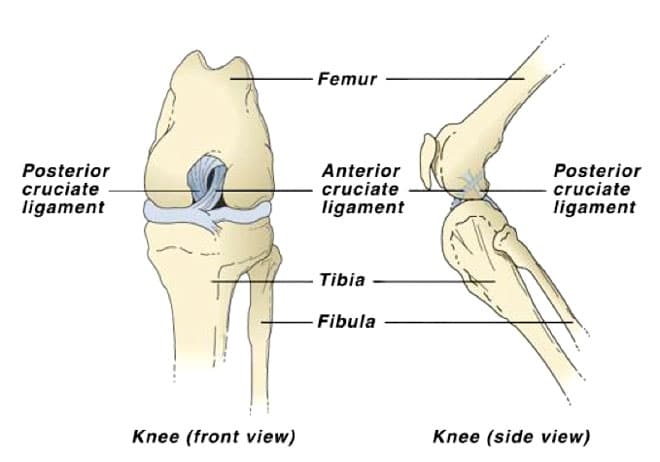 What Does the CCL Do?

The cranial cruciate ligament limits twisting and excessive forward motion of the tibia relative to the femur and also prevents overextension. In other words it offers a large amount of stability to the joint.

What is Cruciate Disease and How Does It Occur?

Cruciate disease is complex, but is fundamentally a secondary disease caused by partial or complete rupture of the cranial cruciate ligament. This causes instability in the stifle (knee) joint which can lead to degenerative changes (osteoarthritis) in the knee.

Rupture of the CCL may be caused by either acute injury or degenerative changes in combination with injury. Acute injury such as the animal turning quickly or jumping and landing awkwardly causes excessive pressure and force on the ligament and can lead to a partial or complete rupture.

Damage to the CCL through degenerative changes is more likely to be seen in older medium to large breed dogs as degeneration of the ligament results in weakness and eventual rupture during routine exercise or walking.

Obesity can also have a contributing factor due to increased load bearing pressure on the hind limbs. The rupture of the CCL leads to varying degrees of lameness and can lead to cartilage damage within the stifle joint and arthritis.

What Are the Clinical Signs?

How is Rupture of the CCL Diagnosed?

Examination of the stifle joint is the main way that this disease is diagnosed.  Instability can be noted by trying to move the femur and tibia in opposite directions.

The animal may need to be sedated or an aesthetised to fully exam the stifle and accurately assess whether there is joint instability. Radiographs may also be taken to rule out other causes of hind limb lameness and assess the degree of arthritis. 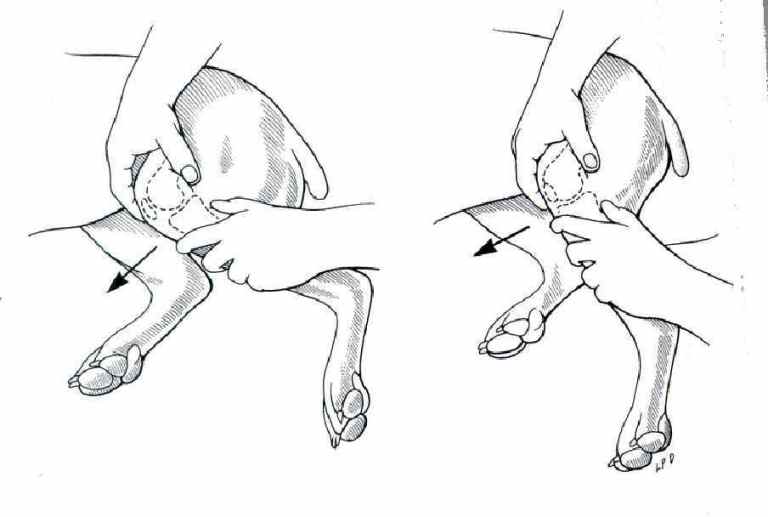 Is Other Joint Damage Common?

The cartilage (menisci) within the stifle joint may also be damaged at the time of injury and this is treated at the same time as the CCL rupture.  Unfortunately 25% of dogs may rupture the CCL on the opposite leg eventually.

How Is This Treated?

Surgical treatment is the optimum treatment if CCL rupture is confirmed.  At Gladesville Veterinary Hospital the joint is inspected and the ruptured CCL is removed as well as damaged menisci.  A heavy duty nylon suture is placed outside of the joint to mimic the CCL and thus regain stability in the joint.

Animals are placed on antibiotics, pain relief and anti-inflammatory drugs prior, during and after surgery.

After surgery a controlled exercise program is given to the animal with strict rest and confinement an essential part of the recovery.  85-90% of animals ha 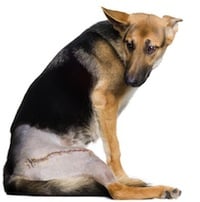 ve good functional improvement after the surgery but degenerative joint disease and osteoarthritis do develop in most dogs in the long term.

For further information or to make an appointment Contact us on 9817 5758.