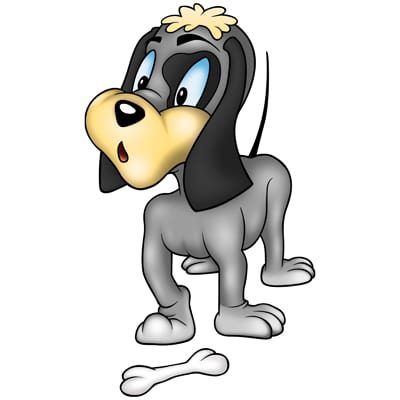 In ureteral ectopica, one or both ureters drain in an incorrect position in the bladder or urethera, the outlet channel from the bladder.  This condition is seen almost always in female puppies, and the most commonly affected breeds include Huskies, Poodles, Labradors, Fox Terriers, West Highland White Terriers, Collies and Welsh Corgis.  Affected puppies will constantly dribble urine but may concurrently be able to urinate normally.  Diagnostic imaging such as ultrasound and radiography (x-rays) using contrast material is used to diagnose ureteral ectopica.  Treatment involves surgery to reposition the offending ureter, however many affected puppies also have other urinary abnormalities and complete continence may not be achieved. Acquired DisordersNeurogenic DisordersThe Detrusor muscle of the bladder contracts to void urine and relaxes to allow filling.

This muscle is controlled by nerves that are branches of major nerves that originate in the spinal cord. Compressive spinal cord lesions such as prolapsed intervertebral disks or tumours impinging on the spinal cord can reduce functionality of the nerves that control the bladder.  An Upper Motor Neuron bladder results in a Detrusor muscle that is unable to contract and empty the bladder, leading to overflow incontinence.  A Lower Motor Neuron bladder results in a flaccid bladder that is unable to retain urine, also resulting in incontinence.  Neurogenic incontinence will likely be accompanied by other neurological signs such as weakness or paralysis of the legs and loss of bowel control.

Treatment of neurogenic incontinence involves identification of the underlying lesion and appropriate intervention to release the compression. Hormone-responsive Urinary Incontinence (HRUI)This condition is thought to occur in around 25% of middle-aged to older female dogs that have been desexed.  Less commonly, it can be seen in older male dogs that have been castrated.  The urethra, which carries urine from the bladder to the outside world, is made up of muscular sphincters that relax when urinating and contract when urine is to be retained.  These sphincters are thought to be partly under the control of oestrogen and testosterone, two hormones that are insufficient in neutered animals, particularly with advancing age.

The incontinence is more pronounced when the pet is asleep or relaxed.  HRUI is usually quite successfully treated with oestrogen supplementation or other regular medication that increases the tone in the urethral sphincters.  Surgery may also be helpful in some cases of HRUI. The first step to the treatment of urinary incontinence is to ascertain whether true incontinence is occurring as opposed to conditions that may mimic incontinence.  Urinary tract infections cause inflammation of the bladder wall and urge incontinence, which is the inability to control urination due to the strong urge to urinate.  A number of conditions cause polyuria, or excessive production of urine and frequent urination, which may be confused with incontinence.

Common conditions that cause polyuria include diabetes, kidney disease and hyperadrenocorticism.  Tests such as blood analysis and urine analysis may be performed to exclude these conditions before assuming urinary incontinence.