Snail bait poisoning, also known as ‘shake and bake syndrome’, occurs when pets ingest snail or slug bait that contains the drug metaldehyde. It is a relatively common poisoning seen in veterinary practice.
All animals are susceptible and as little as 1 teaspoon per 4.5kg body weight can be fatal in fifty percent of pets.

There are a number of reasons why your pet would want to eat snail bait. Firstly, it is often in a pellet form, which many dogs find attractive due to its close resemblance to dry dog food. Secondly, snail bait is often formulated with other food products, such as soybeans, rice, oats, or molasses. These additives are designed to attract snails but unfortunately lure many unsuspecting dogs as well. It should be noted that snail bait can also be purchased in a liquid or granule form. Whilst these are more difficult to directly consume, pets can get them on their paws and lick them off during grooming.

Once ingested the clinical signs of metaldehyde toxicity develop rapidly, sometimes within an hour of ingestion. Initially, your pet may simply show some mild twitching and an unsteady gait. Some animals will also salivate or vomit. A lot of owners make the mistake of ignoring these early, relatively mild, clinical signs, hoping that they are only transient, rather than seeking veterinary attention. If left untreated, affected animals will begin to exhibit severe, generalised tremors, followed by seizures. These tremors and convulsions significantly raise the body temperature which can lead to permanent brain damage and ultimately death. Hence the name ‘shake and bake syndrome’.

Diagnosis can be challenging for your veterinarian as there are many different conditions that can cause muscle tremors. Fortunately, in most cases of metaldehyde toxicity owners report seeing their pet eating it, or there is a history of recent snail bait use around the home. Stomach contents and blood can be analysed to confirm metaldehyde toxicity in cases without a clear history of exposure. The downside to these tests is that results take several days, making their use in an emergency situation impractical. In these particular cases it is often best to treat on suspicion whilst performing other diagnostics to rule out other possibilities.

There is no ‘antidote’ to reverse metaldehyde toxicity. The best thing we can do for affected pets at this stage is to minimise further drug absorption and suppress the clinical signs of toxicity until they wear off. If ingested within an hour it is sometimes possible to induce vomiting to remove as much of the ingested snail bait from the stomach as possible. In cases where clinical signs have started it is often preferable to anaesthetise the patient and have the stomach pumped. After this, activated charcoal is administered to limit further absorption of metaldehyde from the small intestine. Muscle relaxants are often given to control tremors. In patients that fail to respond to muscle relaxants, or that have seizures, it is again often necessary to anaesthetise them.
There are many factors that will influence the prognosis if your pet ingests snail bait. These include how much was ingested, how quickly appropriate treatment is initiated and individual patient health. If ever you are suspicious that your pet has ingested snail bait you must seek
veterinary treatment as soon as possible. Don’t wait, or it may be too late! 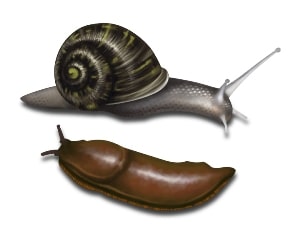