The tenth hour of the tenth month of the year twenty ten saw the beginning of the gala GVH Open Day. And what a day it was! Despite some threatening weather conditions early in the morning, by the time we started the celebrations we were blessed with glorious sunshine. Hundreds of clients took up the opportunity of a guided tour through our new premises, and we like to think most were pretty impressed by the facilities available to our patients. The sausage sizzle and Devonshire teas were a predictable big hit. 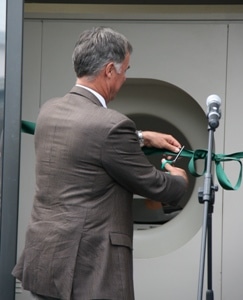 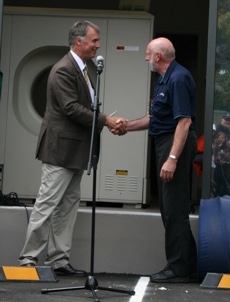 John also drew the raffle- the grand prize of a two week cruise of New Zealand, which was kindly donated by Travel the World.
The cruise was won by a local client of GVH from Denistone (name withheld on request).

Second prize, a boxed wine and accessories pack was won by Lee-Anne Hall. In addition, sumptuous lucky door prizes made their way to three fortunate individuals.
We were so overwhelmed by the quality of entries in our colouring competition that we were unable to separate the entries: every child who entered was awarded a prize.
As well as our special guest John Alexander, we were honoured by the presence of Dr Perry Manusu and his wife Rosemary. 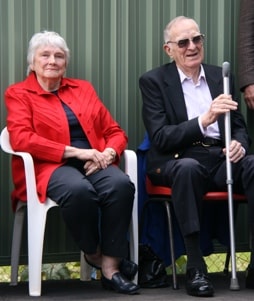 Perry started the practice on this site back in 1959, at the time working out of a small cottage in which he and his family also lived.

Since then GVH has gone from strength to strength, and we like to think that Perry feels a certain amount of pride in how far his baby has come.

Perhaps the thing that grabbed most attention on the day was the dog show. Prize categories included Dog-Owner Look-Alike, Best Trick, Senior Dog, Cutest Dog and Coolest Dog. Prizes were also awarded to the winners of the Egg and Spoon Race and the Balloon Race. The mini-agility demonstrations were a big hit, and the Grand Parade of Dogs topped off a perfect exhibition of Pet Power. A big vote of thanks to all the dogs and owners who took part.

We’d like to thank all the people, sponsors, company representatives and Sydney Metropolitan Wildlife Service who contributed in ways big and small to the success of our Open Day, and those who just came along to join in the festivities. A special “thank you” to our wonderful staff who contributed their time to help, both in preparations and on the day itself. We are very proud of our GVH team, who do so much to make the care we offer to our patients the very best there is.

Here’s looking forward to the next fifty years!! 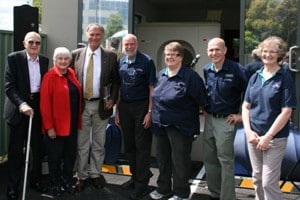 Click here to see the collage from the day