In this newsletter we farewell someone who is not so much a staff member, but a GVH institution. After many years of being a member of our little family, our practice manager Elisabeth Parrague has decided to seek greener pastures in the halcyon pastures of retirement.

After so many years with us Lis is a familiar figure to many of our clients. She first started here in 1971, fresh off the boat from Chile with only a limited command of English. She’s been here ever since, with only a brief period off to give birth to her two daughters.

With a degree in medical technology from her native land, she fitted in well at GVH back in the days of Harry Cooper and Bob Ratcliffe, doing seemingly endless blood counts on racing greyhounds. Her English very rapidly progressed, to the extent that she quickly became the go-to person for any questions on spelling, grammar and syntax. It was not just her language skills that became essential – in short order she became an indispensable part of the practice.

Her skills allowed GVH to become very early on one of a few veterinary practices able to offer a full range of in-house laboratory services . As time went on Lis performed more of the administrative tasks in the practice, and in 1996 she became practice manager, allowing the partners Max, Pam and Barry to devote more time to their clinical work.

We also would like to introduce our new ‘family’ members.
veterinarian Karen, intern Kelly Yates who is with us for only two months and two new receptionists, Teresa and Mel. Well they’re sort of newish.. you’ve probably seen them working hard at the front desk for some time. 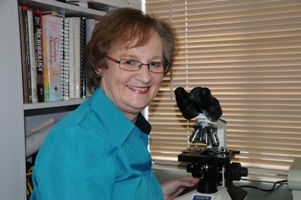 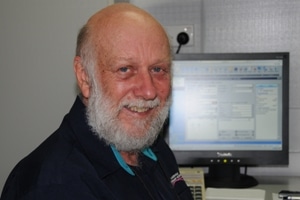