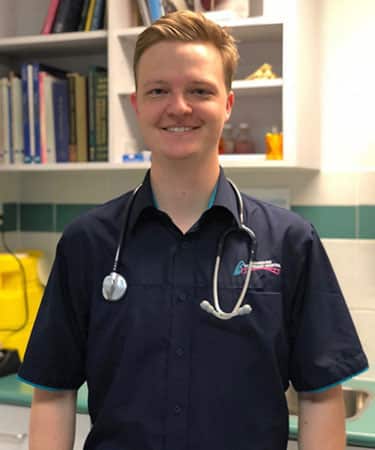 Dr James graduated from Sydney University in 2013. He spent his first three years of his veterinary career in rural NSW working in mixed practices in both Armidale and Dubbo where he gained a wide variety of skills in treating small and large animals. James also spent a year working overseas in England in a semi-rural town called Rochford, one hour from London.

James has a keen interest in both small animal Surgery and Ophthalmology and is very keen to continue his knowledge in these areas.

Outside of work, James loves spending time with his girlfriend Victoria (also a vet) and their ginger tabby cat Hamish. His interest include travelling the world, playing golf, running skiing, board games, tennis and archery.